Rio de Janeiro, September 2008 – Juatinga / Cairuçu / Mamanguá is a Mata Atlântica conservation units – mosaic in southern Rio de Janeiro. If you pretend to discover these reserves entirely, plan at least 2 to 3 weeks. This description here is about a less known west – east traverse, in the northern part of the peninsula, I completed with Bianca in September 2008.

The unmarked trail head is located behind a bus stop, on a dusty sand road that can be acessed with local buses from  Paraty, in direction to  Paraty – Mirim. From here the trail ascends to about 350 height meters, passing a  Guarani – Indigenous reserve. Having reached the highest point, there is only on descent to  Curupira, a small Caiçara – village, whose inhabitants make their livelihood mainly of fishing and Caixeta – crafts.

From time to time the rainforest opens  with breathtaking views on Pico do Cairuçu, with 1.100 height meters, the highest summit of the reserve and on the pioneer formations of  Ponta da Foice, at the end of Saco do Mamanguá.

In Curupira a boat is needed to cross the Mamanguá to Cruzeiro, on the other side. This small fishing village is located at the foot of Pão de Açúcar, a granitic outcrop, similar to his famous brother in  Rio de Janeiro. Normally one reaches Cruzeiro in the early afternoon which gives sufficient time to climb this imponent Brasiliano – granite. At Cruzeiro beach, there is a small camping place managed by Dona Maria and her husband Orlando, fisherman and protestant priest of this community. While her is very sympatic but also a little shy, he doesn´t stop talking and is a real entertainer.

The destination for the next day was Praia Grande beach, on the other side of the mountain range. There are two possibilities to reach this place, either via a small mountain pass, further north at Engenho, or further south from the fishing village Baixio. The alternative via Baixio is significantly longer and way more difficult. Bianca and me were lucky that a local hunter in Baixio who seemed to be the only one that still does this trail from time to time to visit one of his relatives at Praia Grande, could give us some hints. As the rainforest trail is pretty closed, he lend us his knife, asking to leave it at his relative, once we would have reached Praia Grande.

The traverse is pretty tough, it took us more than 6 hours to reach the other side, many bifurcations due to hunting activities, only 2 water spots and once the principle mountain pass has been crossed there isn´t a trail any longer, so a lot of experience and orientation is required, especially when there is no GPS available, as in our case. When we finally reached Praia Grande in the late afternoon, the relative whom we had to hand over the knife, couldn´t believe his eyes when he saw us stumbling out ouf the jungle. According to him we were the first ones who tried this traverse in years. There is a beatiful waterfall, near Praia Grande, which can be acessed by a short, pretty visible trail.

We stayed for two nights at a  Caiçara – Familie, north of Praia Grande, in order to test the  Engenho alternative. As mentioned before, this trail is much shorter and simpler, it took us about 6 hours roundtrip from Praia Grande, but on our way back there was a tricky bifurcation where one naturally continues straight, ending nowhere. Gustavo and Carol a couple that were on honey moon (him apparently an experienced tour guide from Serra dos Órgãos) went wrong at this bifurcation the day before and had to return to Saco de Mamanguá because it was already late.

The caiçara familiy at Praia Grande was pretty nice, but unfortunately both suns were already alcoholics, so their mother asked us to refrain from drinking alcolhol in front of them. Gustavo told us that they had stolen a bottle of wine, the last night out of their backpack. As Gustavo and Carol were also heading to Martim de Sá, our next destination, we decided to go together which was a big mistake. We left way too late from Praia Grande, reached  Pouso de Cajaíba minutes before sunset from where it still was about 1 1/2 hours over a mountain, to the beach.

So we ran into the dark which in principle was not such a problem because I knew this part pretty well from many prior hikes and at least Bianca and me brought lamps with us. But as always when it is dark things look different and when we suddenly approached a bifurcation, Gustavo insisted to continue to the right. So, we continued right and even when it became clear to me after 5 minutes that we were wrong, it took me 30 minutes to convince Gustavo that he was wrong. Finally, at 10 pm we reached Martim de Sá.

The next day we climbed Miranda, a 600 height meter viewpoint which is one of the most beautiful I know in this region.  It reminds a little of Pico de Papagaio on Ilha Grande but this one is much wilder, because few people target this place. Back to Martim de Sá, we found a disappointed Gustavo, who would have loved to join us, complaining that his wife was sitting the whole time on the beach.

Martim de Sá is a also a kind of base camp for hikes to  Ponta da Juatinga, a kind of cape and isolated fisher community, in the extreme northeast of the Juatinga peninsula. There are smaller trails heading in this direction but it is not easy to get there (without GPS). There are some bifurcations on the way and after having taken 3 times the wrong one, the energy loss is substantial. After having reached the uninhabited Samuca beach, the rainforest finally becomes a little more open and with some good sense of orientation after 1 to 2 hours from this point, one reaches Ponta da Juatinga. 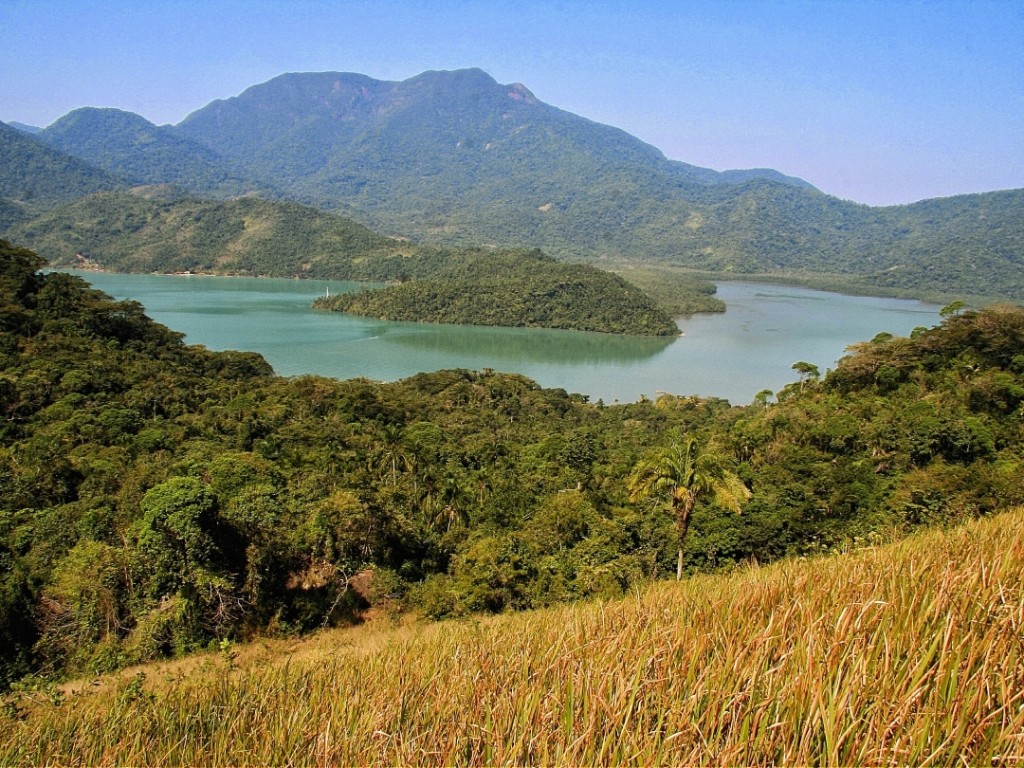 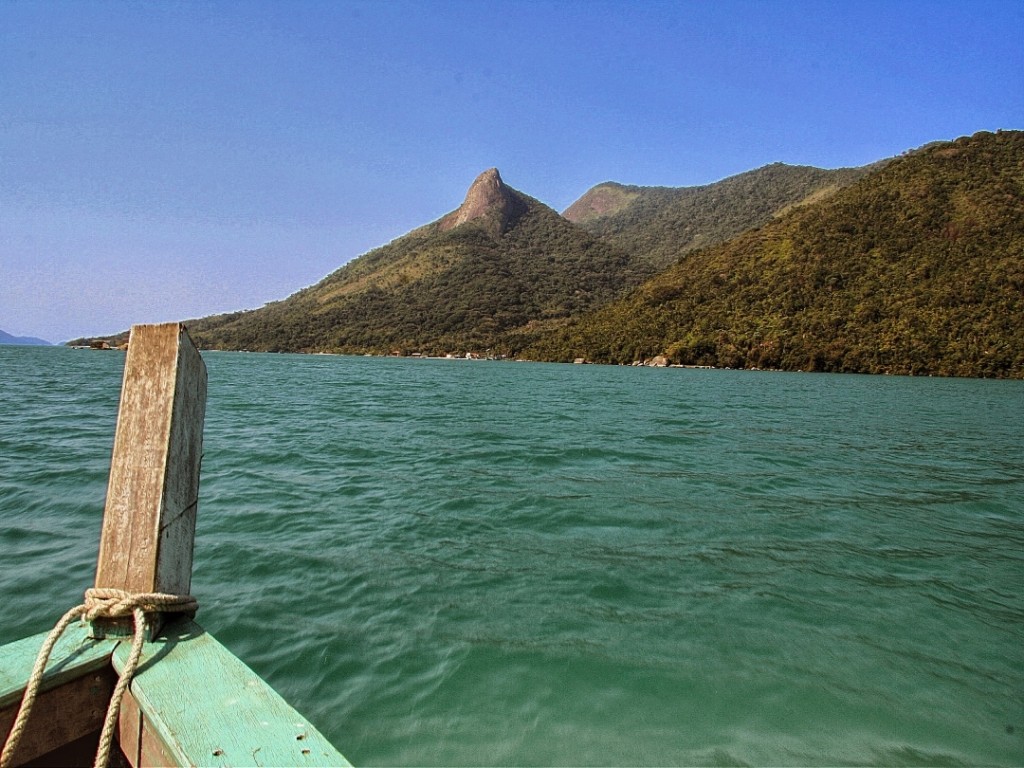 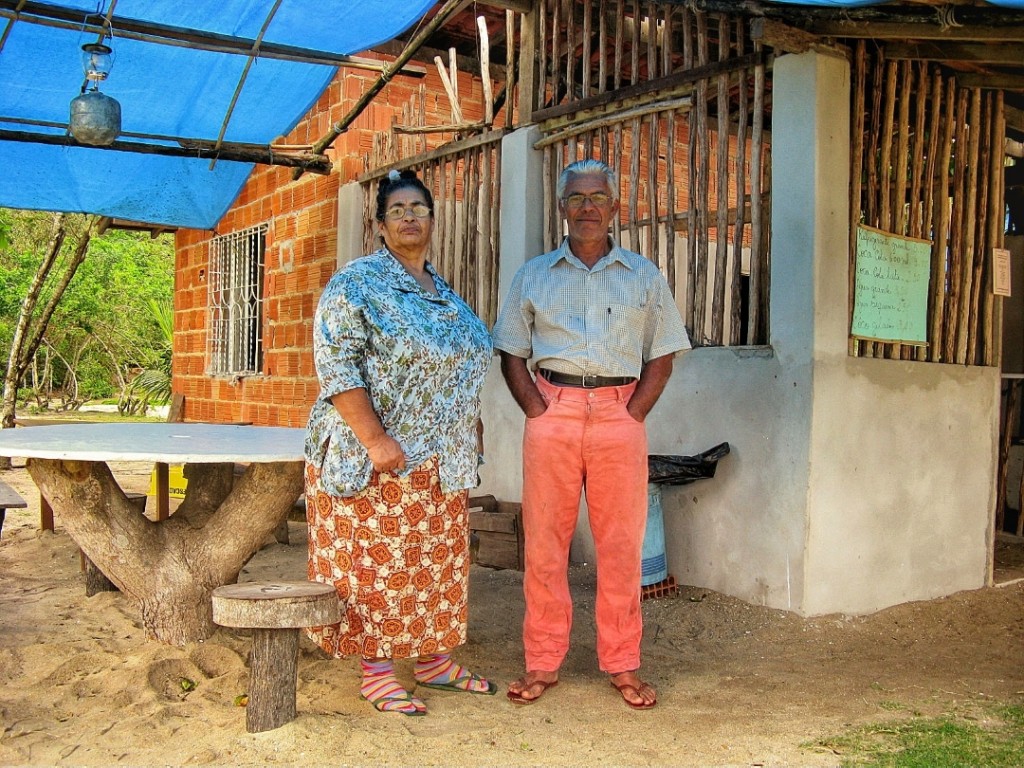 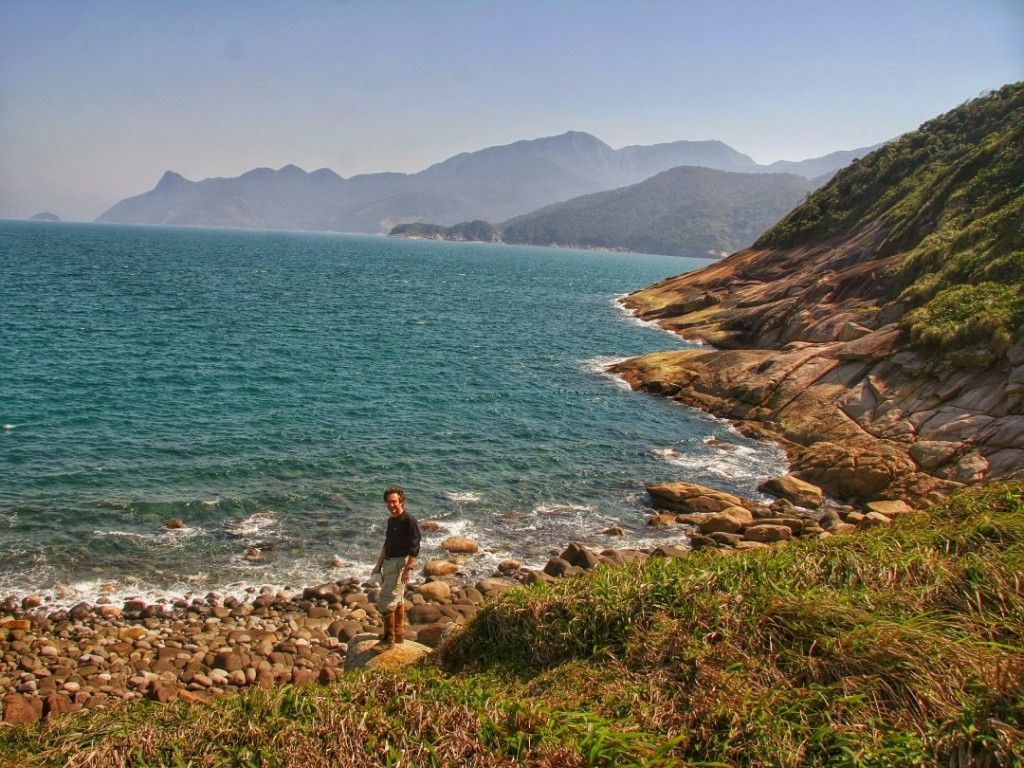 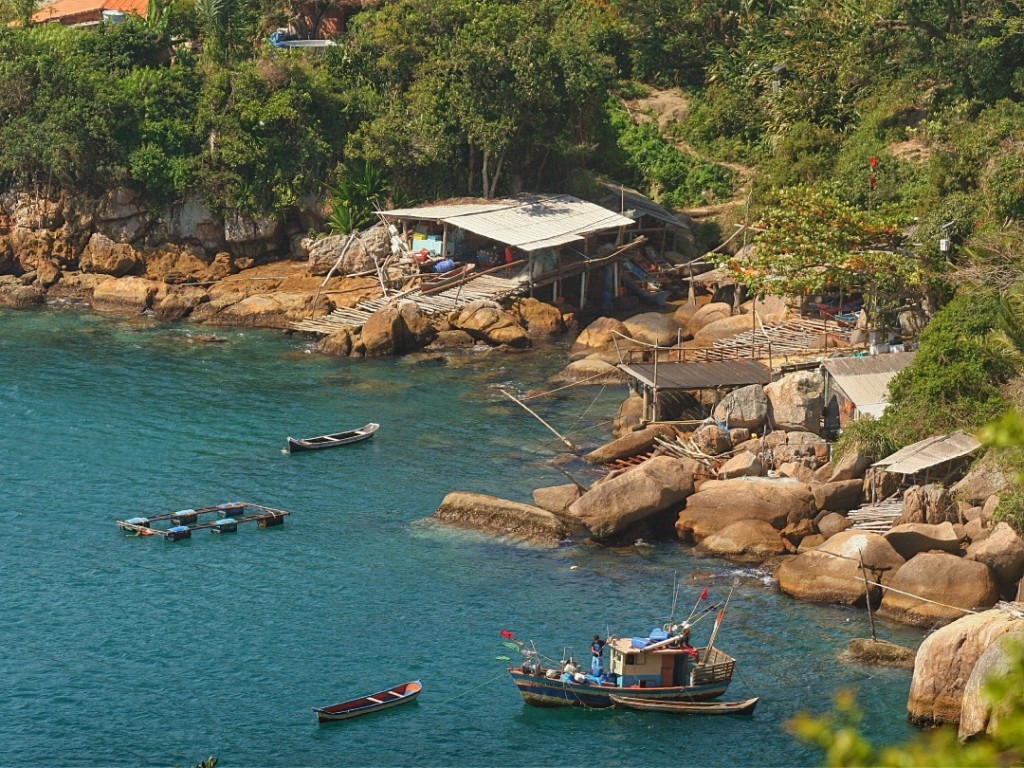 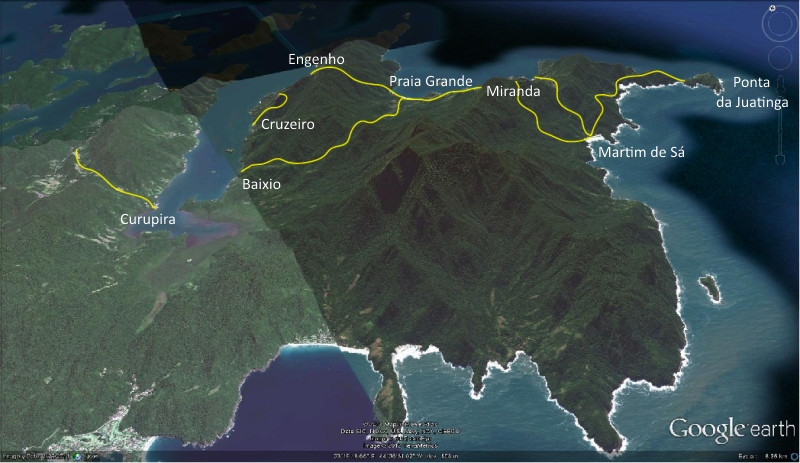