Bahia, July 2007 – Monte Pascoal (Mount Eastern) is part of the Discovery Coast Atlantic Forest Reserves  in South Bahia. It is the symbol of Brazil´s official discovery, because it was the first sign of land, Cabral´s fleet spotted on April 22nd, 1500.

The last renmants of Mata Atlântica, stretching for about 30 km from Monte Pascoal to Barra Velha on the coast are legally protected. About half of it is indigenous land and the other half a national park which is managed jointly between the federa environmental agency IBAMA and the Pataxó indigenous population living at and around Monte Pascoal.

Most tourists approach Monte Pascoal from Porto Seguro (50 km to the north) and the typical activity is to walk up the hill, guided by a Pataxó, in order to enjoy the magnificent rainforest view from the summit. When there is good weather it is possible to see the coastline.

But there is a more challenging adventure for which one needs a special permit from IBAMA, which is to go by bike from Monte Pascoal, mainly through indigenous land to Barra Velha / Caraíva on the coast. Myex-wife Bianca, her nephew and me, guided by a Pataxó called Paz did so in summer 2007.

After having completed the necessary paper work at the IBAMA office in Itamaraju we arrived at about 10 am at the park entrance where it was planned to meet Paz. But Paz only showed up at about 11 am because his bike had been stolen and he had to organize another bike from a friend. We didn´t have the best mountain bikes in the world but when I saw Paz´s bike, I thought, no way, he is never going to make all the way to the coast with this peace of scrap.

Well, we finally left Monte Pascoal, riding for about 15 km on an unpaved road with constant ups and downs, passing through several Indian villages. As similar villages I had seen in Sao Paulo and Paraná, they were all relatively dirty with many cachaça bottles lying around.

Not very different from what I expected, suddenly Paz´s chain broke. We had to push our bikes to the next and last village, before the restinga area to Barra Velha began, where he searched for tools trying to repair the bike. He tried really hard for an hour or so, with the most simple, improvised tools you could imagine but in the end he couldn´t repair the chain.

Tough decision to make, because either for continuing as for going back it was already pretty late and Biancas sister had gone with the car to Caraíva where she was waiting for us. Cel phone, of course didn´t work there. So, after having payed Paz for his efforts, not knowing the way we finally decided to continue. I remember that a car passed us, saying that whatever bifurcation we might find on our way, we would always have to keep right. Later we figured out that these guys probably intentionally tried to misguide us because in reality it was always left not right.

We had left the rainforest for hours and were now moving on sandy soil, typical for restinga and shrubland vegetation, which of course for biking was a disaster. About one hour after sunset I became really concerned because we seemed to be in the middle of nowhere and couldn´t even see the lights of Barra Velha. But what really impressed in this flatland were the millions of vagalumes around us. I can´t remember having seen so many of them in my life.

Somewhen at 7 pm the lights of Barra Velha appeared where we arrived at about 8 pm. It was saturday, the few bars were open and we were lucky that there were some locals from Caraíva with their buggys, offering us to fix the bikes (I don´t know how) on the vehicles and to take us to Caraíva. We arrived in Caraíva at about 9 pm, where Bianca´s sister was more than happy to see us. 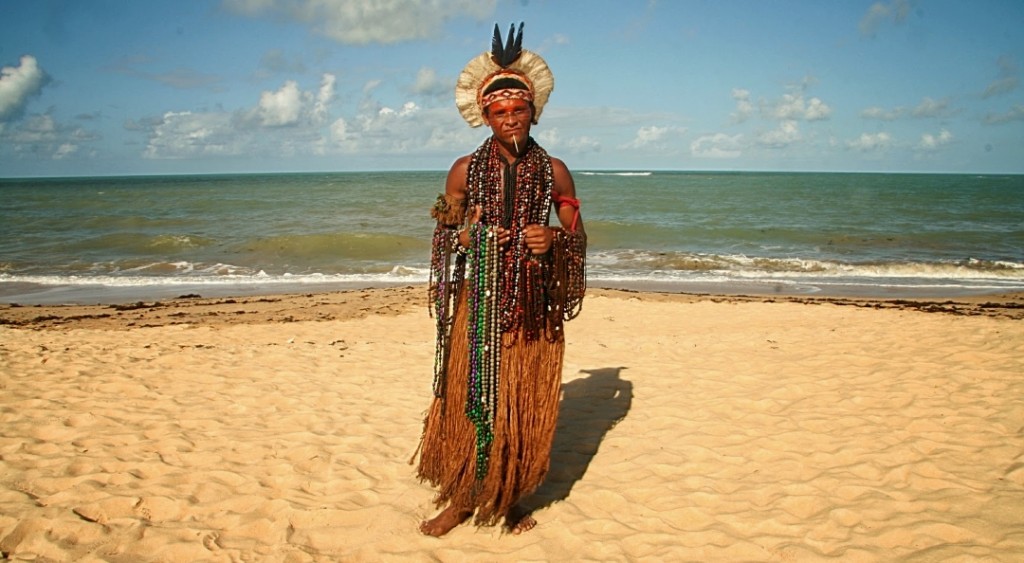 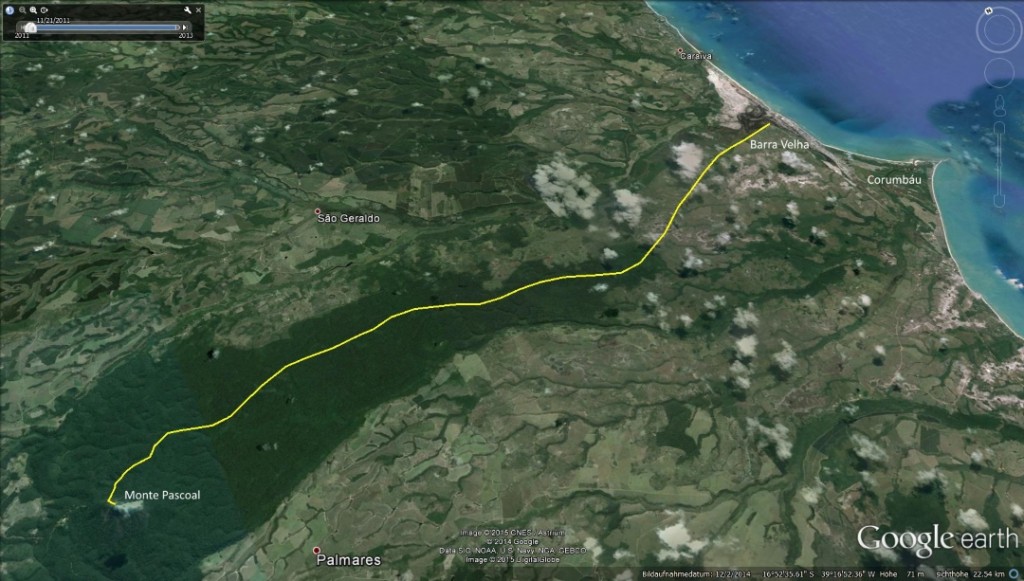