Rio de Janeiro, July 2008 – Paraty / Corisco – Praia da Fazenda / Piçinguaba is an important historical rainforest trail in the borderland of São Paulo and Rio de Janeiro. It runs through the Serra da Bocaina National Park and Serra do Mar State Park (Núcleo Piçinguaba) which in this area are partly overlapping.

Prior to the completion of the Rio – Santos road in 1970, this trail was frequently used by local communities, to reach Paraty in order to offer their merchandise or to attend the holy mass. One of the most interesting remnants of these times is a concrete pillar, a kind of border stone which is located at the state border, at the highest elevation of the trail (700 hm), in the middle of the Mata Atlântica, On one side it says Sao Paulo and on the other side Rio de Janeiro.

Exactly at this point you have to leave the trail and start climbing southwards, following the virtual state border line, until reaching the 1.250 height meters granite dome of Cuscuzeiro. It is the most exposed beautiful mountain in this region with a breathtaking 360 degree view on the beaches of Ubatumirim and Fazenda, Serra do Mar / Bocaina and the Juatinga peninsula.

I did the Corisco trail about 10 years ago with a local guide, called Hermann Schmitt (typical German name, only that he does not speak one word German) because in these times I was mentally and technically not prepared to do such a trail on my own. I remember that we completed the trail in less than 7 hours, without seeing the sun one single time and when I thought this was fast, Hermann told me that he had done this trail before with one of the most famous Brazilian mountain climbers (Waldemar Niclevicz) in five hours. I was a little frustrated.

Three years later I could convince Bianca to try the Cuscuzeiro with me. I thought I would remember the trailhead and the first part to the border stone, but I was prooven wrong. Everything had changed and we spent 2 days to localize the trailhead. The truth is, we never would have found it without a local who showed it to us. It was completely covered with rainforest, a signal that nobody any longer had used this trail.

So we made an attempt the next day and I remember being upset with Bianca because we left the campsite in Paraty pretty late, When we finally reached the trailhead at the end of the Corisco road, I believe it was already 11 am which left me really mad. Than we lost 30 or 40 minutes because we hadn´t seen a bifurcation to our right and continued straight. When we finally reached the state border, I thing it was after 01 pm and I was seriously evaluating to return because in my view it was already too late.

But as it is always frustrating to give up, especially after three days trying, we finally continued to climb Cuscuzeiro (nowadays I would say this was extremely careless). We reached the summit at about 03 pm, I took some quick photos and than we started the descent. With some notion of topography, there is not so much you can do wrong, if you stay close to the crest but at that time there was no GPS, hard to see any trail at all and also I was not that experienced in these times. So I was more than happy when we reached the border stone with the “main trail” and finally the Corisco road at abou 5 pm, about 15 minutes before sunset. 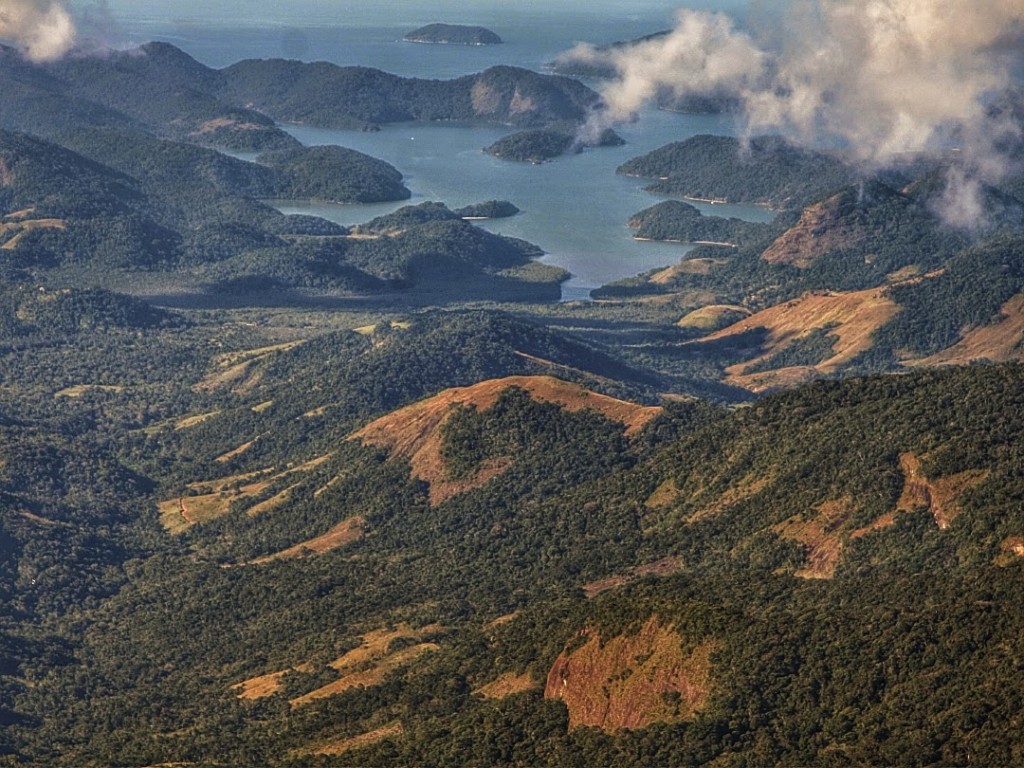 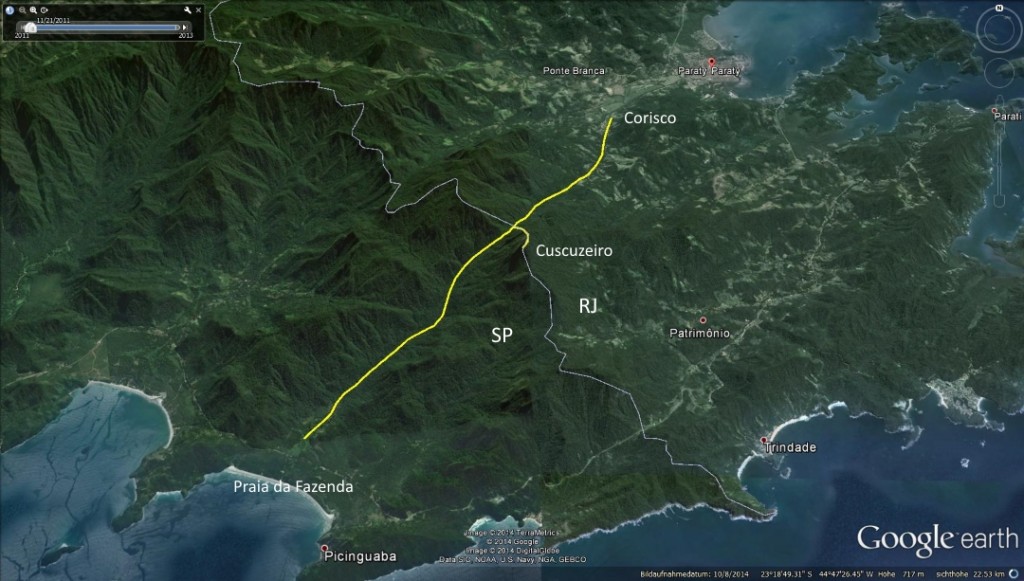