Ilhabela, July 2013 – With an estimated 90 meters, Areado is the largest fall on Ilhabela, located at about 400 height meters, in the southern mountains. Only a fraction of it can be seen either from one location nearby the trailhead or  from boats on a route through the outer sea. Even in nearby Bonete, few know / have the ability to access this fall. But they remember a German, called Matthias, who about 10 years ago lived there, completely alone, in the middle of the rainforest. According to the people of Bonete he planted vegetable there, searched for fluvial gold and precious stones and from time to time appeared in Bonete with a parrot on his shoulder.

Somewhen they found him pretty ill in his house, from where they carried him first to Bonete and from there to São Sebastião, where he died in a hospital. Due to his isolation, my theory ist that he was a kind of 2nd world war deserter or criminal who hid himself there in the woods. The ruins of his house still exist but were taken by the rainforest.

Navigation is difficult in this area, because what is left of a trail doesn´t follow the river but passes through relatively flat, undistinct terrain, where the GPS sometimes doesn´t receive signals. Some parts have no trail at all, so you must use your instincts. At around the trailhead, some smaller trails and bifurcations complicate navigation due to severe hunting activity in this regions. The two times I have been there, I ran into several traps. Not only the fall itself but also the green – coloured pools of the Areado river are outstanding. 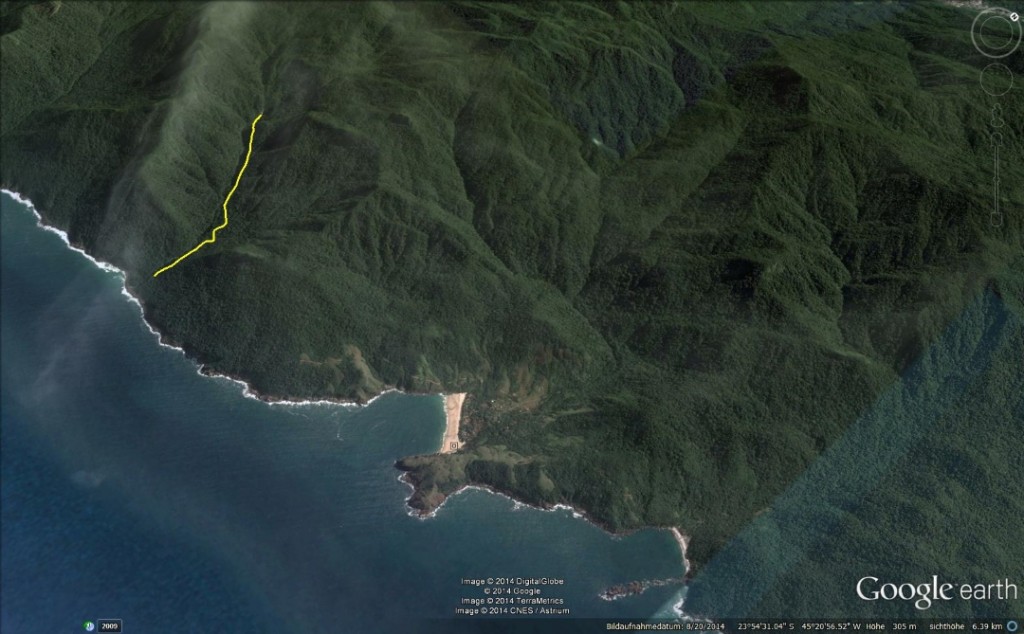