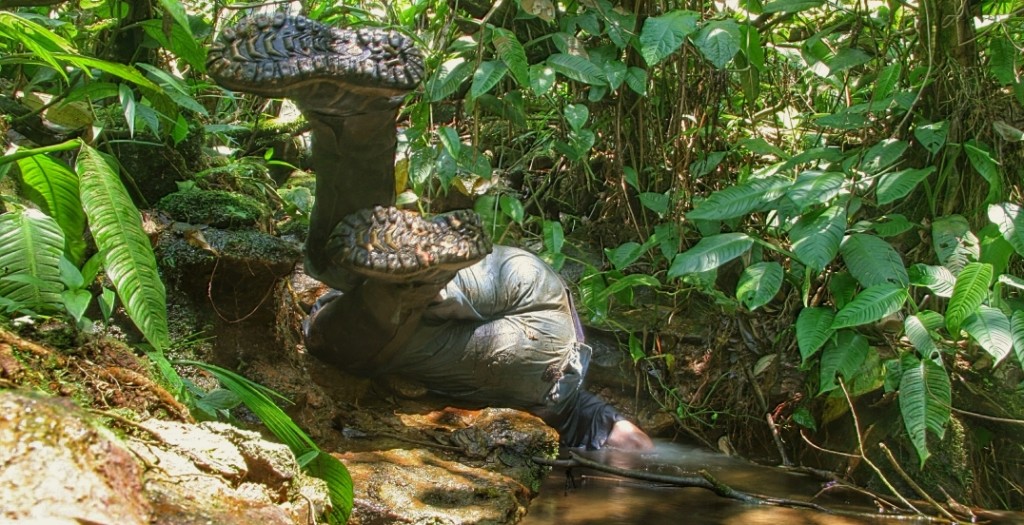 São Paulo, Feburary 2010 – Perequê river flows through the southwestern portion of the Itutinga – Piloes section of Serra do Mar State Park. It divides the Cubatão and Poço mountain ranges and is Cubatão´s main eco – attraction.

The actual kind of trail that partly joins the stream is of historical importance because it corresponds widely to the former Padre José Trail which is directly related to the foundation of São Paulo. It is named after Padre José Anchieta, who in January 1554, together with two other Jesuit priests climbed this trail in order to reach the Piratininga plateau (nowadays Planalto Paulista) and the Anhangabaú river (actual centre of São Paulo). The Holy Mass they celebrated there on January 25 (feast day of the Conversion of St Paul) is officially considered the birthday / foundation of São Paulo. It replaced the former Tupiniquins Trail which was closed in 1560 by Brazil´s third governor, Mem de Sá, due to constant attacks of the Tamoios Indians.

Padre José Trail can be accessed from three different trail heads, probably the most exciting one commences more or less after 2/3 of the old Anchieta road. It leads to a small bridge where you step into the Pereque river, which at that point is a shallow stream. At some locations this stream gets deeper and muddier with the water up to your neck. At these points you might consider leaving the water and continue along its margin (put snake protection and pay attention where you put your hands, a knife is highly recommended). After an hour or so, a smaller waterfall is reached.

From there you continue on the left stony shore of the river downstream. At a certain point cross the river and you will find a trail in the woods. This trail leads you to a magnificent viewpoint of the Serra do Mar escarpments where the Perequê river plunges 200 meters or so into the deep (don´t continue here!). From there the trail continues in western direction until reaching a bifurcation where you turn left, heading to the edge of the plateau. From there on, the trail follows the crest with splendid views on the mangrove forests of the Santos Lowlands (Baixada Santista).

After an hour or so it reaches a large energy tower from where a smaller trail descends to the Pereque river and the Cubatão municipal park. Somewhen the trail vanishes, so you have to follow your instincts, heading in direction to the sound of a large waterfall. Having reached it, just follow the trail which parallels the river on the right side. There are some further beautiful cascades and pools on your way until reaching the park entrance. Allow 8 to 10 hours net walking time for a roundtrip, take sufficient water, the hike is extremely exhausting

Unfortunately, these trailheads are located close to the Greater Sao Paulo area outskirts where constantly assaults are reported, particularly on weekends. So be careful! 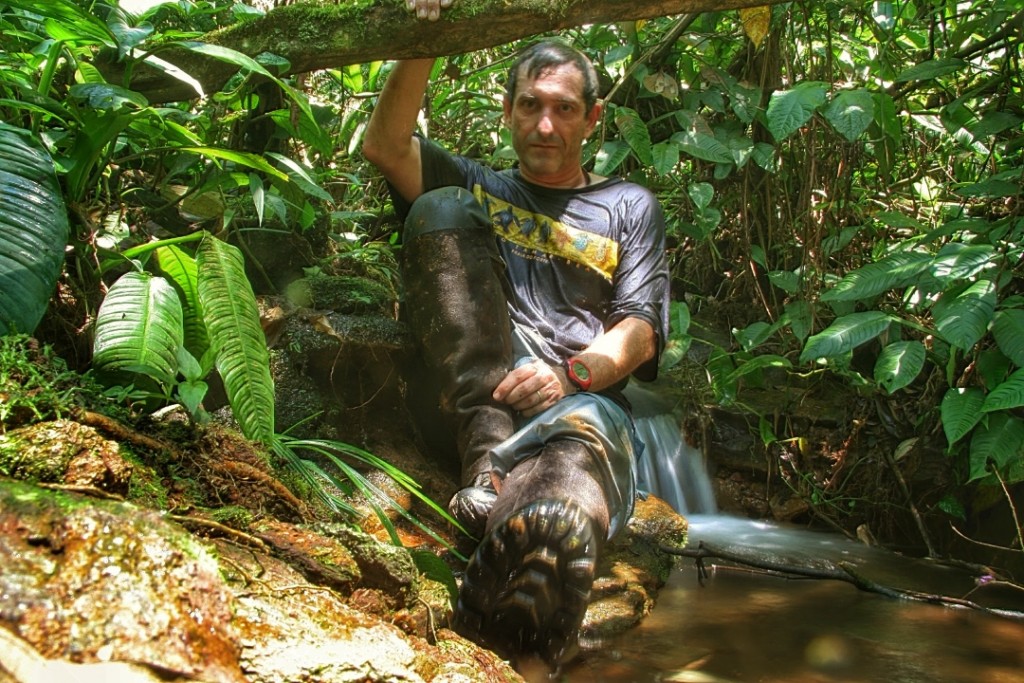 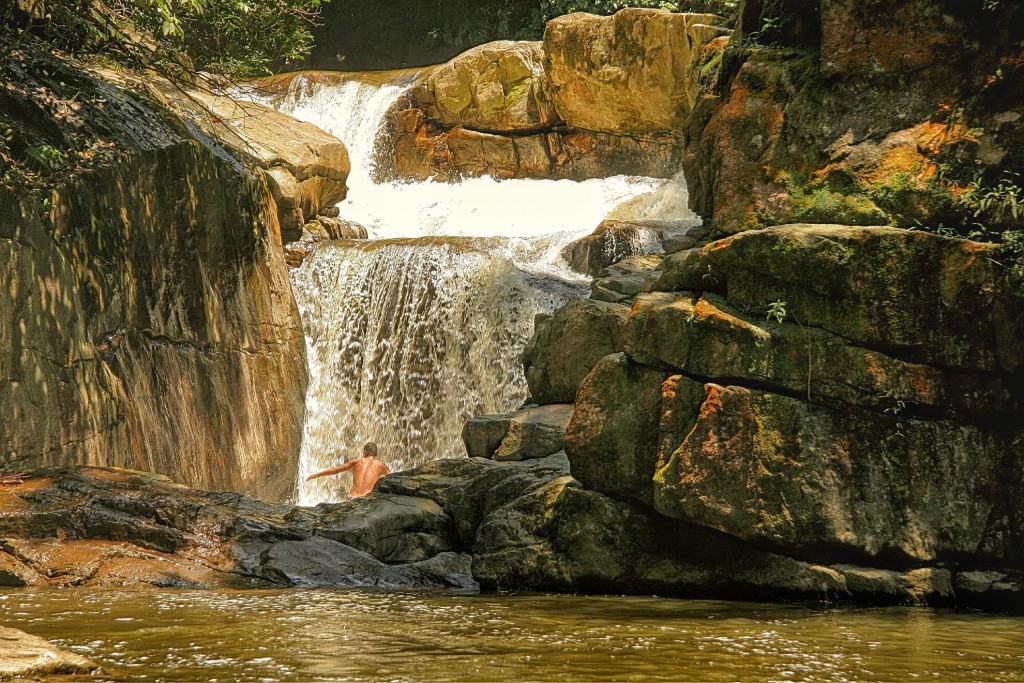 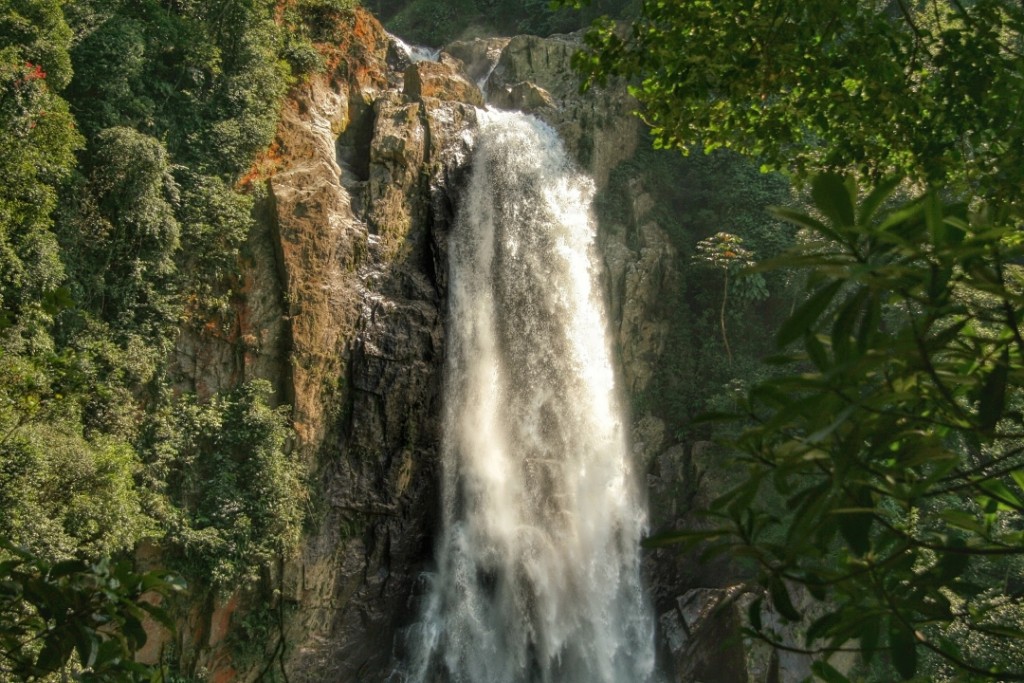 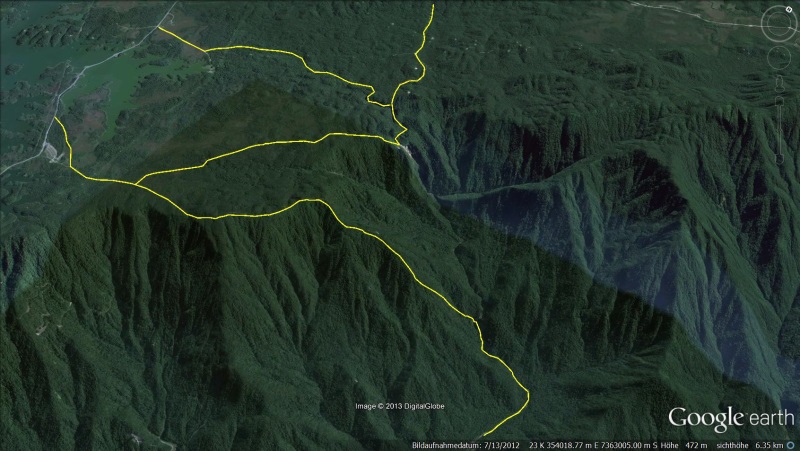